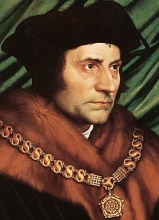 Saint Thomas More, our parish patron, was born in 1478 in England. Educated at Oxford, he married and had one son and three daughters. He was the first layman to serve as Lord Chancellor of England. He wrote works on the governance of the realm and in defense of the faith. His most famous book is “Utopia.” He was beheaded in 1535 by order of King Henry VIII, whom he had resisted in the matter of his divorce and establishment of the Church of England. Among his last words were

“I die the king’s good servant, and God’s first.”

He was canonized in 1935. Our church houses in the base of a statue of Thomas More a memorial stone (shown below) from the Roper Chapel in Saint Dunstan’s Church in England, where the head of the martyred saint is entombed. This shrine to our patron was dedicated in 1971.

For more, see the first page of the Novena below

An advocate for families

Many of us know that Saint Thomas More is patron of lawyers and those who work in the legal profession. Many of us are unaware that he is also a patron for family life; specifically, of difficult marriages, and of adopted children.

Sir Thomas More knew what it was to be widowed; to be a single parent to four young children under the age of five; to marry again someone with a child, and thus experience life as a blended family; to lose employment and have his reputation attacked as he fell out of favor with the powerful; to know imprisonment and the reality of being visited by family in his cell; to watch some in his growing family struggle with the Catholic faith.

Saint Thomas More remains a ready-advocate for our families who seek strength in their faith as they experience daily the trials and stresses as the domestic church. 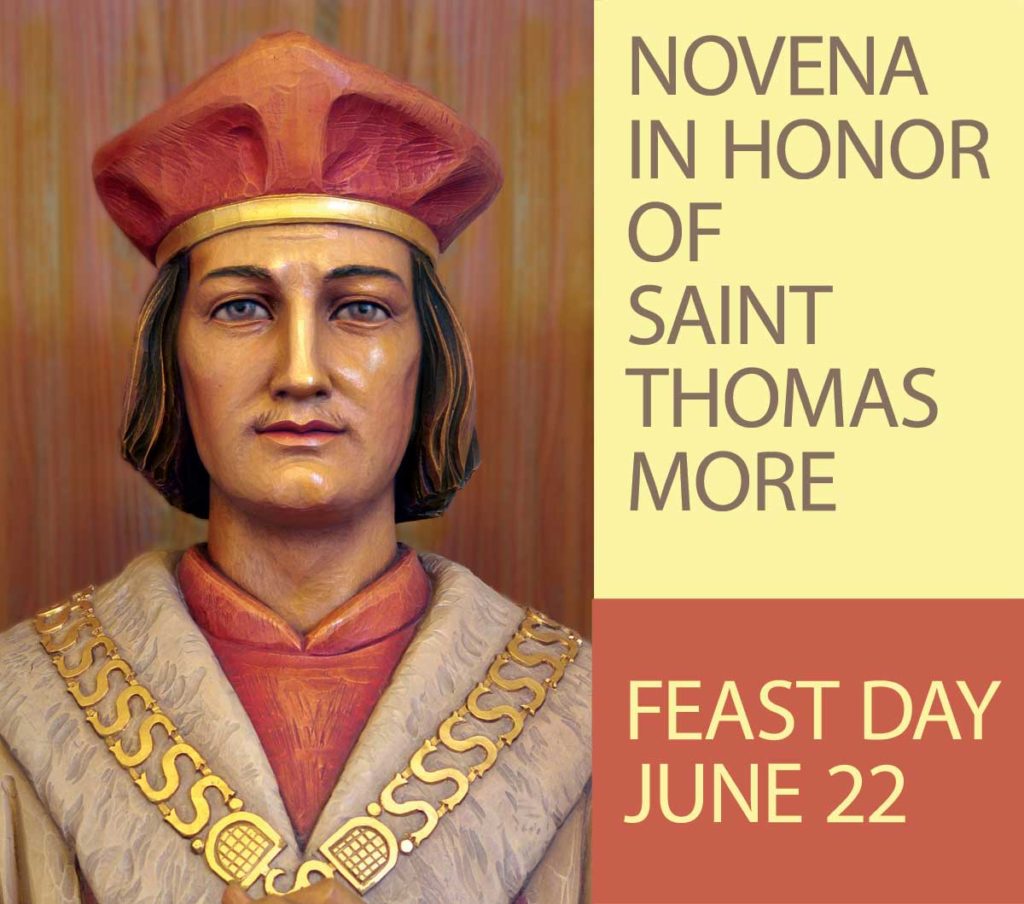 Pray a novena on his feast day, June 22 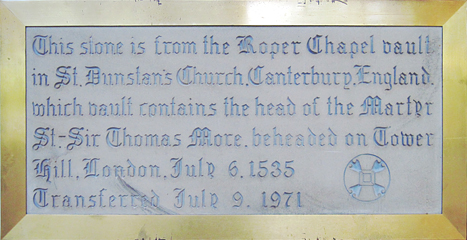 Our church houses in the base of a statue of Thomas More a memorial stone (above) from the Roper Chapel in Saint Dunstan’s Church in England.