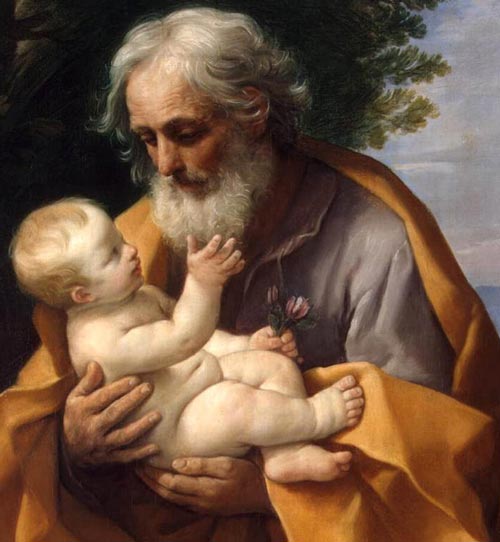 A page for all things St. Joseph 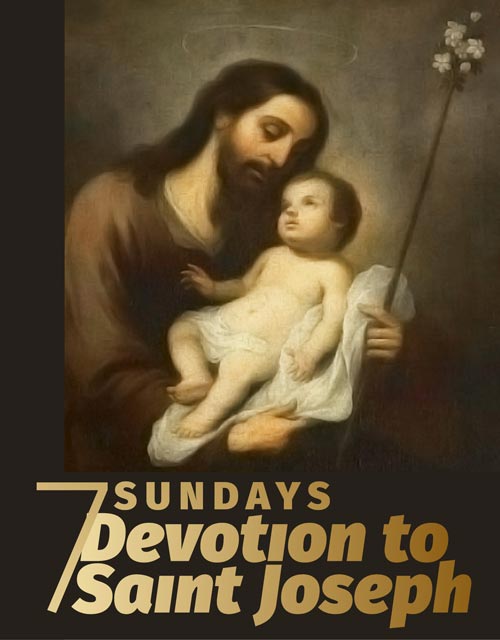 The Seven Sundays Devotion to St. Joseph is a longstanding tradition that recalls the 7 Sorrows and 7 Joys of St. Joseph.  The tradition holds that a ship carrying a large number of passengers was wrecked off the coast of Holland.  Among the passengers were two Franciscan friars who survived, clinging to a wooden plank for two days.  A man then appeared, saving them and bringing them to shore.  When they asked him who he was, he replied “I am Joseph, and I desire you to honor my seven sorrows and seven joys.”

While this devotion can be offered at any time throughout the year, particular significance and privilege has been given to offering this on the seven Sundays leading to the Feast of St. Joseph on March 19th.  As a part of the devotion, you are asked to receive communion on each Sunday in honor of St .Joseph and recite the devotional prayers.  These prayers can be downloaded in the accompanying PDF, or accessed online.  There will also be a short video reflection posted each Sunday, recalling the particular sorrow and joy of St. Joseph.

When praying the Seven Sundays devotion, it is customary to pray for a specific intention, asking St. Joseph’s powerful intercession for your needs.

published by St. Josemaria Institute, 2021, made available here with permission. 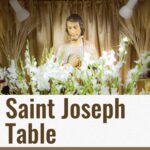 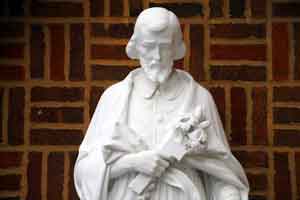 On website of Diocese of Kansas City- St. Joseph 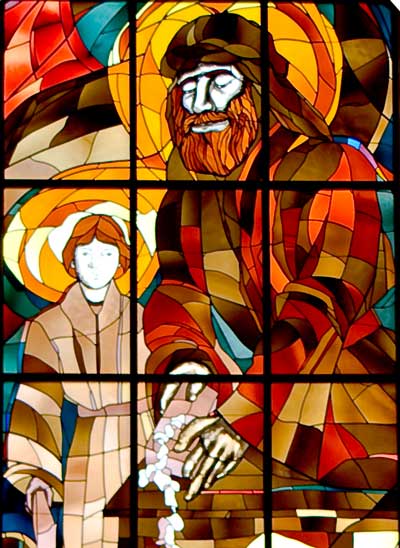 On the Solemnity of the Immaculate Conception of the Blessed Virgin Mary 2020, Pope Francis announced in his Apostolic Letter, Patris Corde, a Year of St. Joseph. The announcement occurred on the 150th anniversary of Quemadmodum Deus by Pope Piux IX, which declared St. Joseph as Patron of the Universal Church.

As part of the year, plenary indulgences are available. Plenary [whole, entire] indulgences, which remit the temporal punishment due to forgiven sin, are gained and applied by accessing the treasury of Christ’s merits.

Plenary indulgences can be obtained by

Going to Confession, receiving the Eucharist, praying for the intention of the Pope, plus one of these acts:

1. Meditating on the Our Father for at least 30 minutes
2. Taking part in a spiritual retreat of at least one day that includes a meditation on St. Joseph.
3. Performing a corporal or spiritual act of mercy.
4. Reciting the rosary together with one’s family or, for engaged couples, with one’s fiancé

5. Entrusting one’s daily work to St. Joseph, including those who seek his intercession in times of unemployment
6. Reciting a prayer to St. Joseph for the relief of Christians persecuted both inside and outside of the Church.
7. For the elderly, sick, dying and homebound: reciting an act of piety to St. Joseph under his title of Comfort of the Sick and Patron of a Happy Death, provided they offer their discomfort to God and fulfill the conditions for the indulgence as soon as possible.

This Litany will be prayed about five minutes before all weekend Masses for the month of March. Those who are participating in the Consecration to Saint Joseph are praying this Litany daily at home, through March 19, the Feast of Saint Joseph. 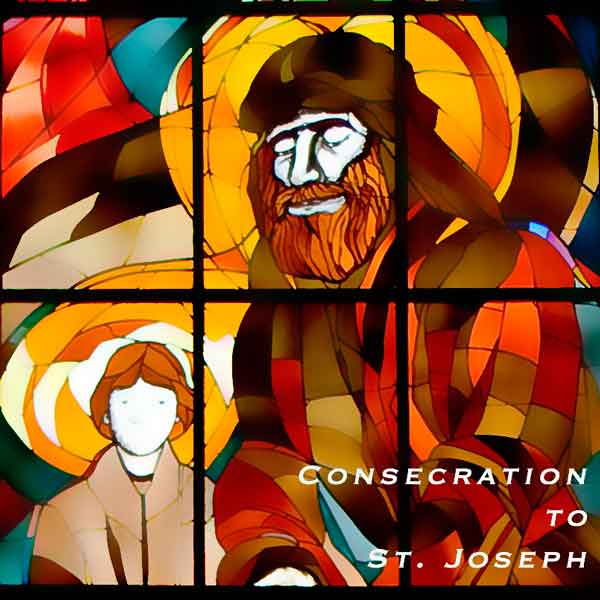 To consecrate ourselves to a Beloved Saint marks an act of individual devotion and draws us into a special relationship to receive blessings, indulgences and spiritual fruits from the one to whom we are consecrated. It is, in another way, an invitation to friendship and spiritual adoption.

We will be using Fr. Ketterlin’s book, which includes all prayers and resources that you will need. You can view the materials on his website: www.fountofelijah.com. The consecration consists of a short daily meditation and daily prayers that take about 5-10 minutes. Books will be provided by the parish for all those participating in the consecration.

There will be communal gatherings on the following days

(You are encouraged to join in these gatherings, but may still complete the consecration if you are unable to attend.)

You may access the daily meditations and prayers online through this link:

If you have any questions, please contact Father Ketterlin, frketterlin@stmkc.com or 816-756-6570.

We will praying this prayer at Mass through the Year of Saint Joseph.

O Saint Joseph, whose protection is so great, so strong, so prompt before the throne of God, we place in thee all our interests and desires.
O, Saint Joseph, do assist us by thy powerful intercession, and obtain for us from thy Divine Son, Jesus Christ Our Lord, all spiritual blessings, so that, having engaged here below thy heavenly power, we may offer our thanksgiving and homage to the most loving of fathers.
O, Saint Joseph, we never weary contemplating thee and Jesus asleep in thy arms; we dare not approach while He reposes near thy heart. Press Him in our name and kiss His fine head for us; and ask Him to return the kiss when we draw our dying breath.
Saint Joseph, patron of departed souls, pray for us.

On website of Diocese of Kansas City- St. Joseph